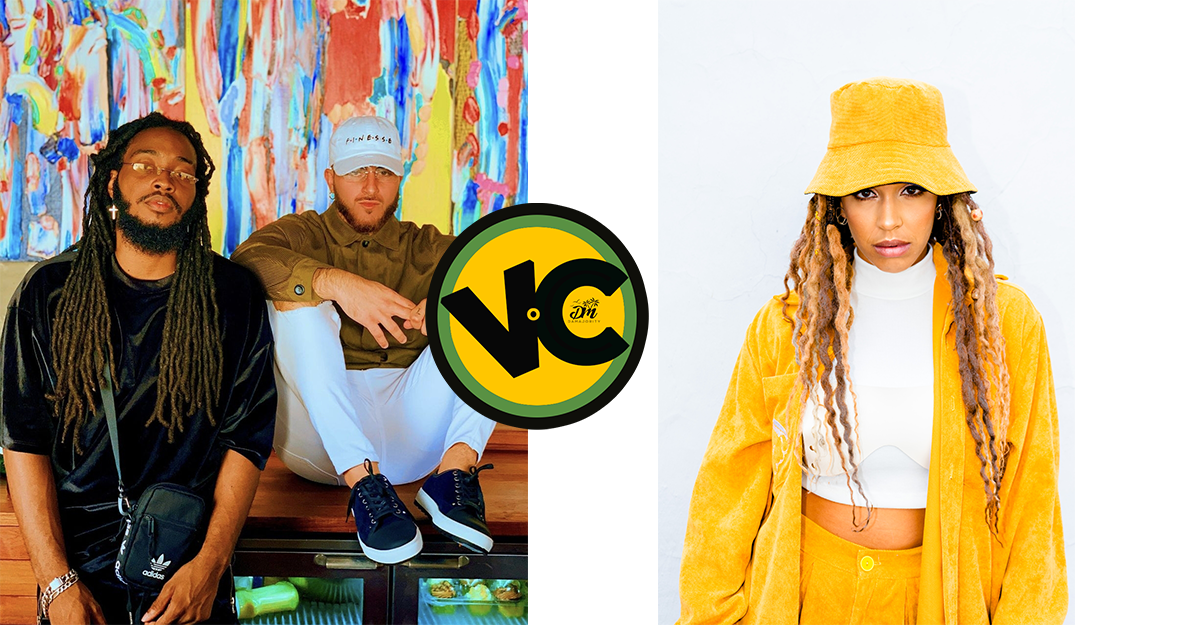 Hot off of the release of her afro-inspired rap hit “Egoiste”, KANIS recently signed a global license deal with Sony Music, Columbia France and boasts a freshly developed project created alongside A-list producers. Lu City & KANIS are mutual fans of each other’s music and saw the unique opportunity to fuse their Caribbean inspired, genre-defying styles that thrust creole into the mainstream.

Lu City have been charging down a creole-inspired music path since the release of ‘Sa Ka Fete’ in 2018. Since then their unique sound has seen their listenership skyrocket in the French-speaking Caribbean, France and Nigeria to name a few. In addition to an increase in listenership, Lu City has gained notoriety among key industry players which has resulted in collaborations like “Twaka” and other soon to be released tracks.

This genre-blending approach makes their recent collaboration with KANIS a no-brainer. The award-winning recording artist and songwriter has long sought to infuse her native Haitian roots into her music; something that deeply resonates with Lu City. “Bringing St. Lucian culture to the world is always been of paramount importance to us,” said LMG Executive Producer Eliot Bailey, “…through our beats, melodies, lyrics and even our collaborations, we are really pushing to showcase the massive amount of talent and versatility that can be found from our small corner of the world.”

The result of this collaboration is a catchy and infectious multi-lingual ballad with a mellow tone over a Caribbean/Zouk inspired Afrobeat rhythm. Through English & French-creole, the lyrics of “Twaka” (which loosely translates to ‘trouble’ in French Creole) address the reality of a troublesome love that you just can’t seem to leave or get away from – a familiar topic that’s easily understood. But even without speaking or understanding a word of French-creole, there is a universality to the flow and vibe of “Twaka” that will have it on repeat!

Lu City are no strangers to collaborating with major and upcoming talent from around the world. They have had the opportunity to flex their creative muscles by collaborating with international superstars across multiple genres. Epic collaborations like ‘Movay’ ft. Blackboy, the Caribbean-pop hit ‘Sa Ka Fete’  ft. Grammy Nominated Pop Superstar Shontelle and the smash ‘Starting Over’

featuring Billboard Top 10 Afro-beat Reekado Banks have caught the attention of the likes of Wyclef Jean who has expressed admiration for the raw talent of the duo. Lu City has plans to continue releasing top quality music throughout 2021 including writing and being featured on the upcoming Machel Montano album.

“Twaka” is out now and available on all major platforms. Continue to stay tuned to the groups website and instagram page for information on tour dates and new releases.

LucianStyle Music Group, a subsidiary of LucianStyle Development Corporation, is on a

mission to develop and showcase St. Lucian talent to the world. Up and coming

duo Lu City has been signed to the St. Lucia based label since 2012 & steadily

releasing tracks like Not Going Back, Belle, Restless, Not With You, Chaud, Movay, Salty, Sa Ka Fete, Walk Pon Dem, Just Just and Starting Over. Follow @lucityoffical on Instagram or Facebook. For additional details or bookings, visit www.lucityoffical.com or email lmg@lucianstyle.com