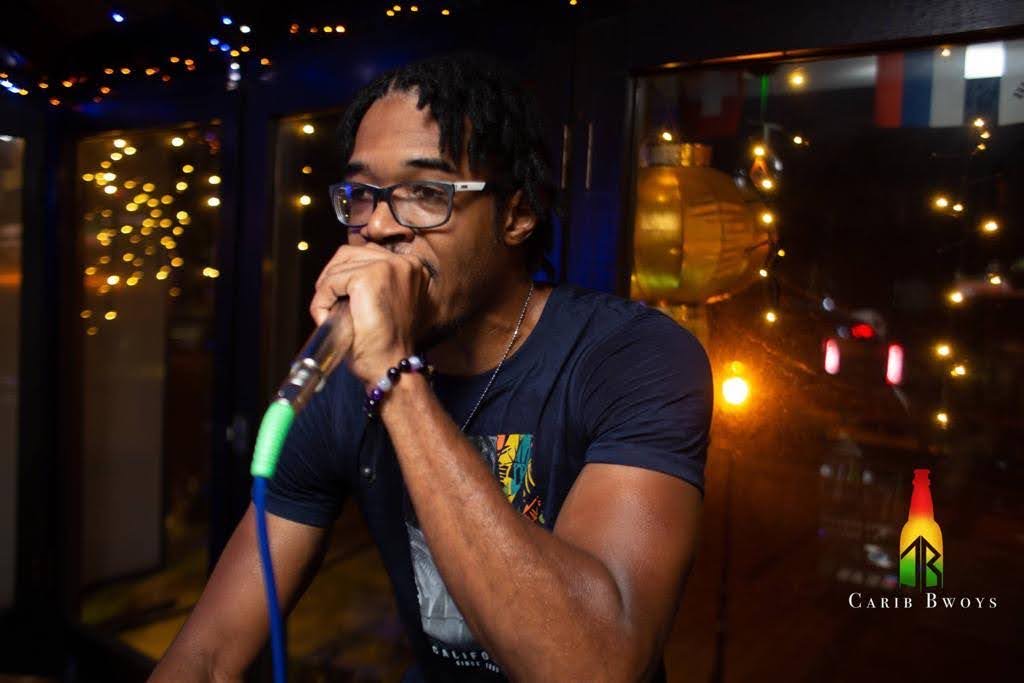 What  is your Name and Nationality?

My name is Achebe (pronounced UH-CARE-BE) Victorine aka Dj Crash from the Helen of the West Indies. St. Lucia.

How did you get the name Dj Crash?

I was playing manish and stole my dad’s car going math lessons; and got in an accident. That’s how I got “crash”, and the name followed me to university ( thanks to Lyndell Cadasse ), so when I started deejaying, I just got called dj crash and it stuck.

Four words that describe you?

I went to the best secondary school on the island, SMC (Saint Mary’s College, Convent girls don’t come for me), then went to Sir Arthur Lewis Community College and did an Associates Degree in Computer Maintenance and Systems Engineering, then my bachelors at Saint Mary’s University (yeh the irony i know) in Computer Information Systems and Marketing, a double major.

How did you get into becoming a Dj?

I started playing piano first then stopped and played violin with the Secondary School’s Orchestra (wasn’t that good) but was always attracted to sound systems, even at family parties and stuff. I used to be the rude child that would tell the djs what songs to play. So it started there. I have to big up 3 people who made me truly get into it and they are Kendell Scady Eugene who first taught me a “one two ting” at RCI just before I left St. Lucia to go to University. At University, is where I really wanted to learn and had Shane Whittaker from Tombstone sounds out of Saint Kitts and Lindelle (Webber) Williams from Evolution Sound out of Saint Kitts as well to teach me.

What is your favorite Genre of music?

My Favorite Genre to play is soca because you can go from a nice casual chip, to a Dennery Segment to Power Soca where it’s just HYPE, PACE and ENERGY.

Most memorable party or place ever played in?

2 and both of them were at University, played in a sound clash at University and won; But the audio never came out (sorry Webber, lol)

And Opening for Beenie Man when he came to perform in Halifax (and getting cussed out by his manager but that’s different story, lol)

If you had to pick anywhere to play now in the world, where would you go?

Big up people like Hollywood HP and Levi Chin, who have shown the avenues, but I would like to play in the big fetes, like Miami and Trinidad Carnival etc. But also, I want to play in Germany, big up Sentinel Sound!

How has it been moving to Taiwan?

Moving to Taiwan has been interesting with the obvious differences in culture. Differences including diet as my diet has been rice or noodles, to being introduced to food like bubble milk tea. It was an eye opening experience but something worth doing, as it is always good to step outside of your comfort zone and gain new experiences.

What are your hobbies?

What music gets you pumped at the gym?

RAP music, truthfully, i listen to rap/trap music more than anything else

What advice do you have for anyone who wants to pursue a career in becoming a DJ?

Stay humble, ask questions, observe and watch and learn from other DJs and practice practice practice. Also, don’t rush the brush, take your time and stay focused on what you got in it for.

Where can we find you on social media?

Train Above Anything with Keijah Edwards | Kings of the Caribbean

“A MAN OF FOCUS” JULIAN TOUSSAINT | Kings of the Caribbean

A PHD in Cherry Philosophy | Kings of the Caribbean