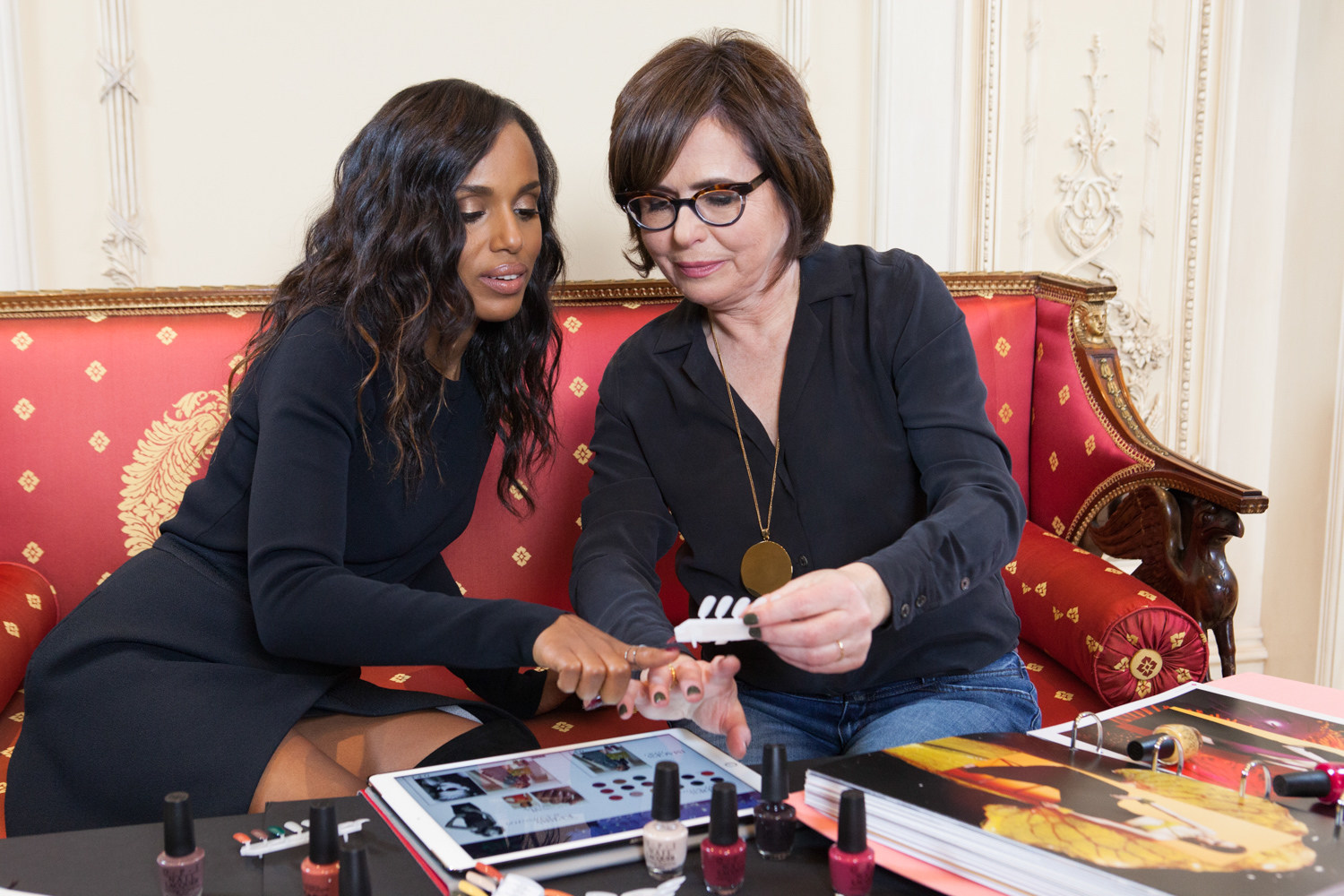 LOS ANGELES, Feb. 2, 2021  — OPI, the world’s number one salon nail care brand, has announced that actress, producer, director and activist Kerry Washington will serve as brand ambassador for the company’s 40th anniversary this year. Washington returns to OPI where she previously served as the brand’s first ever Creative Ambassador in 2016.  In this role, Washington collaborated with OPI co-founder Suzi Weiss-Fischmann to create the “Washington D.C.” collection.

Throughout all of 2021, OPI will spotlight 40 of the brand’s most iconic shades. To no surprise among the top shades is Washington’s previously co-created shade “We the Female” a commanding red nail lacquer that was part of the previous collaboration.

“We are delighted that Kerry is reprising her role as brand ambassador during our anniversary year,” said Weiss-Fischmann. “She is a woman of style and substance who is fierce in everything she undertakes, from acting to activism.” Washington is a Primetime Emmy® Award winner and Emmy®- and Golden Globe®- nominee who has been honored five times with the NAACP Image Award. In 2014 she was named one of Time magazine’s 100 Most Influential People, and is one of the co-founders of TIME’s UP.

“It is always inspiring to work with Suzi, one of the first female co-founders of a major beauty company,” said Washington. “She may be known as the ‘First Lady of Nails,” but she is also a true champion of women’s causes – one whose impact far transcends her own industry.”

Founded in 1981, OPI originated as a dental supply company during the acrylic nails movement of the ’80s. Realizing dentures and artificial nail extensions shared a similar chemistry, co-founders and in-laws George Schaeffer and Weiss-Fischmann saw an opening in the market and seized it. OPI began dropping off the “rubber-band special” at every salon on Ventura Blvd. in Los Angeles. A jar of powder, liquid and primer – rubber-banded together – became the OPI Traditional Acrylic System and was a huge hit, establishing the brand’s roots in the professional nail industry. OPI then took its products to consumers with the launch of 30 groundbreaking Nail Lacquer shades. With its famous bottle, incredible colors, high-quality formula and unique names, OPI revolutionized the nail care industry. Some of these original shades – Alpine Snow, OPI Red, Malaga Wine – became so iconic they are still sold today. They are also among 40 legendary OPI shades that will be spotlighted throughout the 40th anniversary celebration.

Nail Lacquers retail for $10.50 USD and Infinite Shine retails for $13.00 USD at Professional Salons and select retailers.  For more information, visit OPI.com and @OPI onInstagram, TikTok and Facebook and Twitter@OPI_PRODUCTS!

ABOUT WELLA COMPANY
Wella Company is one of the world’s leading beauty companies, comprised of a family of iconic brands such as Wella Professionals, Clairol, OPI, Nioxin and ghd. With 6,000 employees globally, presence in over 100 countries, Wella Company and its brands enable consumers to look, feel, and be their true selves. As innovators in the hair and nail industry, Wella Company empowers its people to delight consumers, inspire beauty professionals, engage communities, and deliver sustainable growth to its stakeholders. Further information found at www.wellacompany.com.

Cantu Beauty And UNCF To Impact Nontraditional HBCU Students With $150,000 Investment In Programming And Scholarships