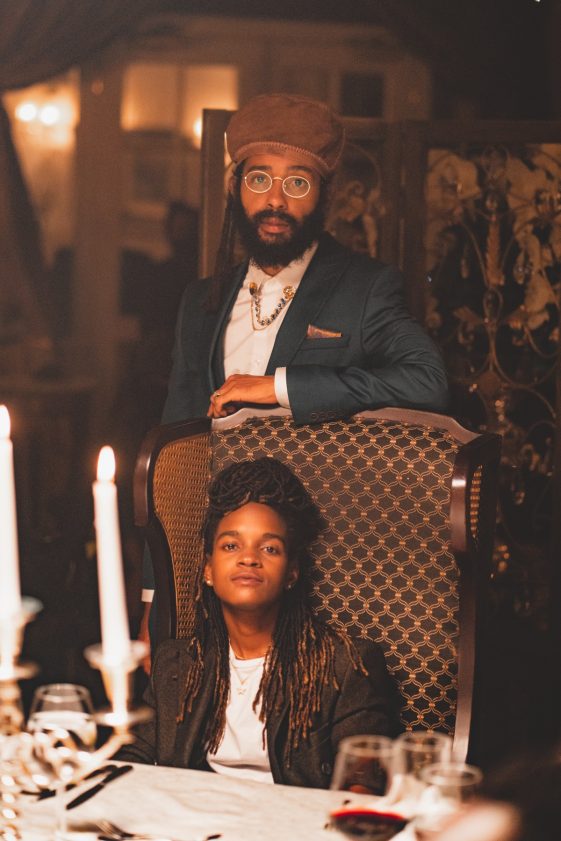 RALLY THEIR FRIENDS FOR A DECADENT NIGHT OUT ON

NEW VIDEO FOR “SWITCH IT UP”

(New York — January 21, 2021) From humble beginnings to climbing the ranks, two of Jamaica’s leading artists Protoje and Koffee celebrate their hard work and achievements on the lavish video for “Switch It Up.”  Watch it HERE: https://smarturl.it/xSwitchItUp.  The Winta James-produced track is from the reggae titan Protoje’s latest album In Search Of Lost Time.

The 20-year-old Grammy Award winning music phenom Koffee has made major strides since her 2018 breakthrough single “Toast,” which shouts out Protoje in the song. Now, they come full circle on “Switch It Up” where everyone has a seat at the table including their musical and creative peers alike. The Xtreme Arts-directed visual features cameos from artists like Lila Iké, Sevana, Jaz Elise, Royal Blu and Jesse Royal. All, with the exception of the latter, contributed background vocals on the song. Jamaican contemporary Chronixx also lends his voice to the track’s chorus.

The collective effort of “Switch It Up” encapsulates how Protoje is playing an important role in Jamaican music as a whole. In Spring 2020, he inked an unprecedented deal with RCA Records and Six Course for his label and artist management company In.Digg.Nation Collective, which houses some of the island’s most promising acts including himself, Lila Iké, Sevana and Jaz Elise. The contingent is redefining what Jamaican music sounds like, a genre-infused palette while still holding true to the sounds of their native island. “Switch It Up” is an anthem for the new generation and an exciting glimpse of the innovation that lies ahead.