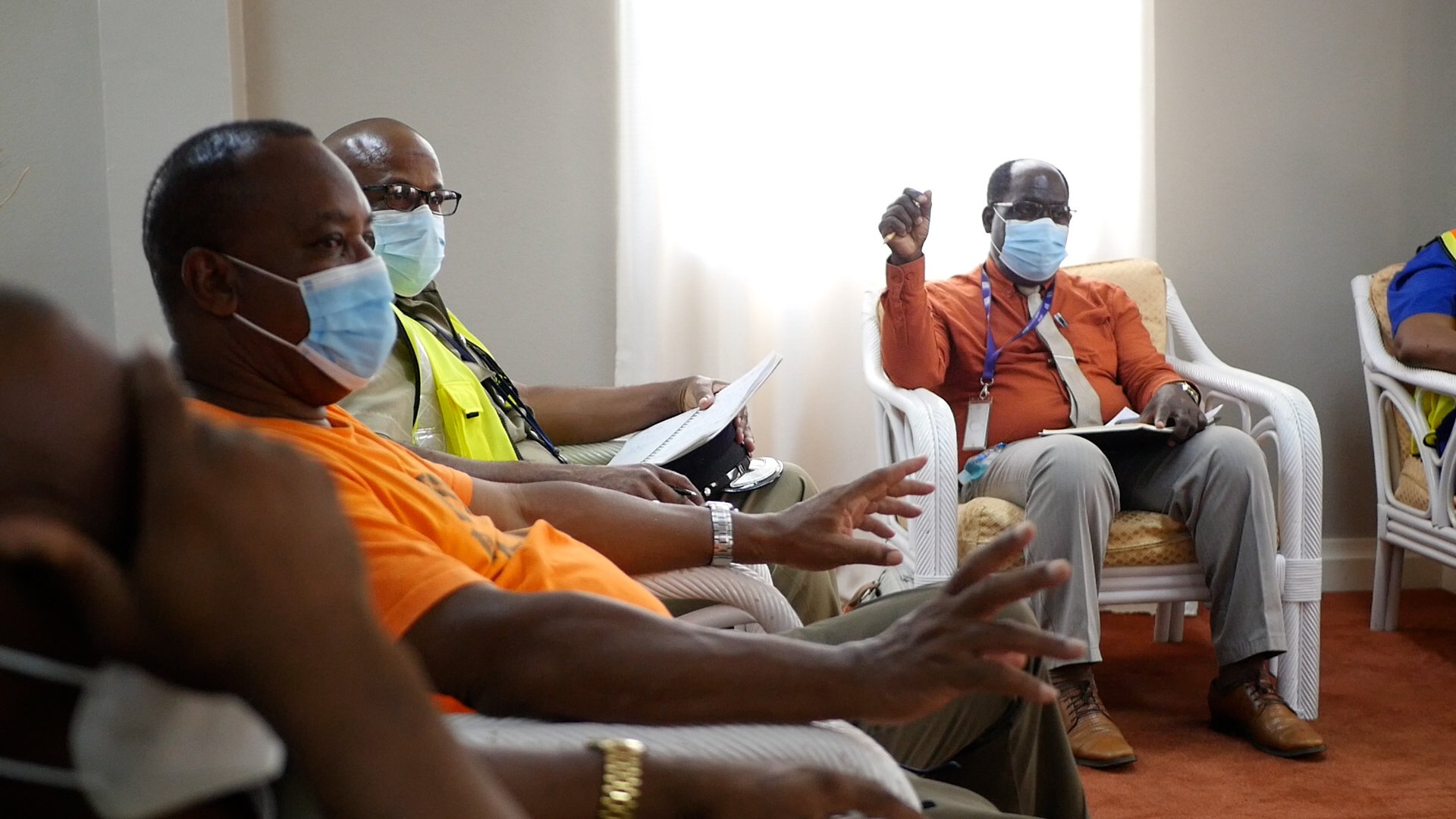 The International Civil Aviation Organization (ICAO) mandates that Airports conduct the simulation exercise biennially to test and evaluate the response and recovery capability of the Airport Authority and its emergency stakeholders. This year’s simulation followed strict rules and regulations mandated by the Ministry of Health and Wellness.

“In adherence to the mandated protocols of COVID-19, the activity took a unique approach.” Says Coordinator of the exercise Ausbert Regis. He further stated that “this year’s simulation focused on evaluating the response time, operational lines of communication and the quality of response of the agencies involved, this encapsulated the human resource and equipment utilized.” Airport Manager of the George FL Charles Airport, Agatha Felicien, expressed her satisfaction with the exercise amid the pandemic’s challenges. She anticipates that following the outcome of the simulation, the response, and capacities of all agencies involved will be further strengthened.

The Saint Lucia Air and Sea Ports Authority (SLASPA) is the organization responsible for the island’s ports of entry. SLASPA handles over 700,000 annual tons of sea and air cargo, facilitates more than 840,000 airline travellers, an average of 600,000 cruise passengers, 60,000 ferry passengers, over 54,000 yacht passengers, over 34,000 aircraft movements and berths over 1,000 vessels