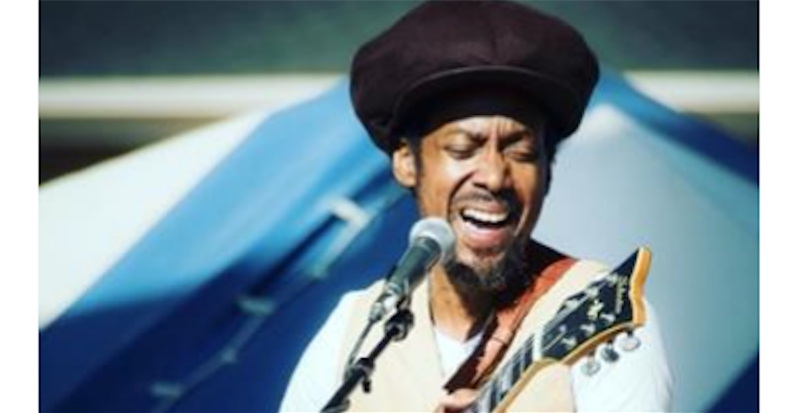 WEEKES WILL BE A GUEST PERFORMER AT THE OFFICIAL OPENING OF THE VIRTUAL GATHERING.

Acclaimed musician, singer, songwriter and humanitarian activist Taj Weekes will be a guest performer during the official opening of the inaugural Virtual Caribbean Youth Parliament on Climate Justice, which will take place on Thursday 23 September 2021.

Taj is an international reggae artist who hails from Saint Lucia. Together with his group Adowa, Taj has released celebrated albums such as Hope & Doubt (2005), Deidem (2008), Pariah in Transit (2013), Love, Herb & Reggae (2016) and To All My Relations (2018). His most recent album, Pause, is his first solo album, and the songs on that album reflect the events and the emotions of the past months that have been spent in isolation and have thrown our world in turmoil.

Taj is an unwavering, energetic humanitarian, who founded his children’s charity, They Often Cry Outreach (TOCO). His efforts have garnered him the title UNICEF Champion for Children for Saint Lucia, where he implements and executes various programs designed to enrich the lives of Caribbean children. In 2016, Taj was conferred with the Les Pitons Medal Gold by the Governor General of Saint Lucia for his “tremendous commitment to service with his hands-on approach to implementing TOCO’s programs”.

Taj Weekes’ active participation in TOCO’s programs is at the core of the Foundation’s success, a factor which has earned him recognition in various spheres. These include the International Consortium of Caribbean Professionals who conferred on him the distinction of Goodwill Ambassador (2007), the Brooklyn-based Saint Lucia House Foundation who awarded him with their humanitarian award (2012) and, UNICEF which officially appointed Weekes a Champion for Children in Eastern Caribbean (2013). In 2019, Taj Weekes was named a Brand and Goodwill Ambassador for Saint Lucia.

Taj has been at the forefront of climate and environmental activism and has played an important role in the Caribbean’s ‘1.5 to Stay Alive’ civil society campaign. He participated in the first 1.5 to Stay Alive musical collaboration in 2015, that featured several artists, including Banky Banx, Kendel Hippolyte, David Rudder, Shayne Ross, E.sy Kennenga and Deridee Williams. A few years later, Taj produced and performed in the second 1.5 to Stay Alive musical collaboration that featured Aaron Silk, Kenyatta Hill, Kendel Hippolyte, Bushman, Sidney Mills and Linda ‘Chocolate’ Berthier, among others.