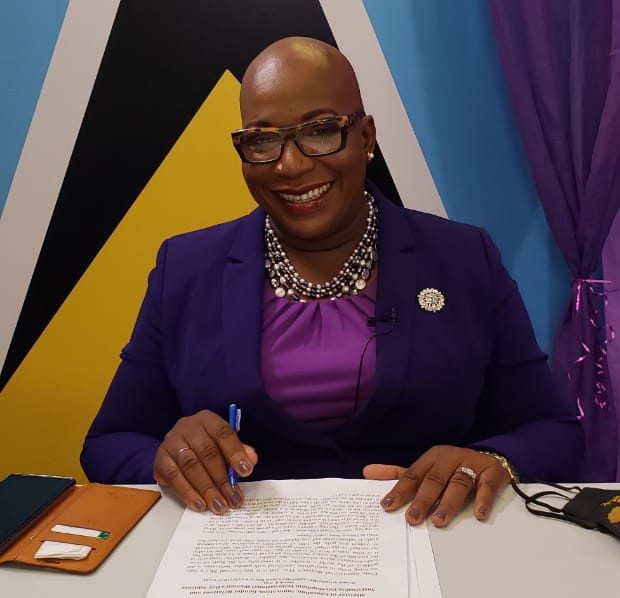 Women in leadership: Achieving an equal future in a COVID-19 world

Every International Women’s Day, and now International Men’s Day, we bring focus to inequalities associated with gender. Inequality is the problem of the world – whether it is inequality on the basis of race, socio-economic status, education, age, gender or disability; inequality is the problem of the world. Achieving an equal future is no easy feat, but it is what reason tells us ought to be. Women and men are equally represented on the planet. Indeed gender equality and the empowerment of women and girls, the fifth of seventeen sustainable development goals, is indispensable and interlinked with every other goal if indeed we must achieve a sustainable future.

In the last twelve months the world has had a rare opportunity to share a singular focus – fighting a deadly virus, of a pandemic proportion. What started as a health crisis, quickly unfolded into an economic crisis, and in a matter of months the world was brought to its knees – women, men, rich, poor, educated, uneducated, we all faced the same existential threat. That shared experience revealed a simple but extremely profound reality: we all have an equal share in this world. For the first time the people of the world could be grouped as one, in a real sense. At least against this virus, we are all alike, and in the face of this virus we were all moving in one accord – to protect ourselves from it whilst looking for a way to get rid of it.

We are not so different after all. We are all just people, aren’t we?

This crisis proved that our world is still very unequal, even in countries where there had been progress made towards gender equality, before the pandemic.

As a result of this stark reality, the theme for this year’s International Women’s Day was chosen, to challenge our world to act in a very decisive way to bring an end to inequality in leadership. The sixty-fifth Commission on the Status of Women, convened every year in March, this year similarly chose a theme that calls on Governments to act in two very strategic and targeted ways: to end inequality in leadership and stop violence against women, two structural issues that have kept women disadvantaged despite their gains in education and employment.

For our part in Saint Lucia, my address to you today is bitter-sweet. I feel proud of Saint Lucia’s progress on one hand and on the other, I am saddened by the lack of progress, and to some extent, setbacks in other areas.

In the past fifteen years Saint Lucia has moved to parity in public service administration. A little over half of the top positions in the Public Service – that of Permanent Secretaries, Deputy Permanent Secretaries and Heads of Departments are filled by women. Way over half of our school administrators are women. Over half of the heads of national organizations are women. Although the Private Sector may not have reached parity in top management, there has been a significant increase in the number of women who occupy top management jobs in the Private Sector.

During the management of the pandemic, women’s ability to lead even in crises was clearly demonstrated in the sterling leadership of the Chief Medical Officer and the Director of the National Emergency Management Organization, both of whom are women.

The education sector which had to exercise its fair share of flexibility and creativity brought out the leadership of the Permanent Secretary and Chief Education Officer, both of whom are women.

Incidentally, both of these ministries are headed by women in the persons of Senator Isaac and myself.

We did not act alone. These women leaders were supported by women and men who worked and continue to work together to help us navigate such uncertain times. Our ability to work as equal partners was clearly visible in the development of the Economic Recovery and Resilience Plan with equal representation of women and men in the planning, development and implementation of this plan.

These examples of clearly visible partnerships demonstrate that we work better when we work together, and these examples that we have to show the world make me proud that Saint Lucia understands the value of parity and is well set to totally embracing parity in leadership in all spheres. There is no question as to whether women have the capacity to lead in the highest levels of decision making. I therefore welcome the women who have entered the political arena and invite others to step up also to the challenge, to partner with our male colleagues at the highest seats of decision making, so we can truly experience parity in all spheres of leadership.

In the last few years, through development of our National Gender Equality Policy and Strategy, there have been many strides made in assessing and understanding the factors undergirding inequality, in the hope that the National Policy and Strategy will strategically introduce and strengthen new measures to address these underlying issues to reduce the inequalities, at least as it pertains to gender. We are acutely aware of the other factors that intersect with gender such as age, employment status, educational attainment, poverty, disability, sexual orientation and marital status and how these deepen inequalities.

Two comprehensive assessments were conducted in 2019 which provided baseline data that inform objectives for gender equality outcomes and assists in tracking progress made.  The gender data assessment carried out through technical assistance from the Economic Commission for Latin America and the Caribbean, pointed to where gender data was being collected and identified data gaps and challenges, particularly in gender data analysis and use in decision making. The comprehensive assessment of services for gender-based violence, made possible through technical assistance from UNFPA. identified the degree and quality of services offered to victims of gender-based violence and pointed to various gaps which guided the development of the Package of Essential Services for Women and Girls subject to Violence, which was launched  on February 26.

Over one hundred public officers received training in gender concepts and analysis and a core of accounting and planning officers in the public service were trained in gender budgeting and planning through a CDB funded initiative. This was in preparation for the identification and establishment of gender equality focal points across the various Ministries, Departments and Agencies of Government so that we can actually mainstream gender in Saint Lucia’s national development.

Saint Lucia is one of nine Caribbean countries participating in a multi-million dollar project, Enabling Gender-Responsive Disaster Recovery, Climate and Environmental Resilience in the Caribbean (EnGenDER) implemented by UNDP and other partners and funded by Global Affairs Canada and Foreign and Commonwealth Development Office (UK Government).  The ultimate outcome of the project is to support improved climate resilience for women and girls and key vulnerable populations and future generations in the Caribbean.

Last year 2020 an Offer of Complementary Funding was made through this project to assist countries in leveraging additional climate finance. Saint Lucia prioritized the implementation of gender assessments and development of gender-responsive guidelines for the development of sector specific adaptation plans in six sectors: five sectors prioritized in the National Adaptation Plan and the prioritized sector for the Nationally Determined Contributions. The other three sectors in the National Adaptation Plan will benefit from comprehensive gender-responsive processes in the wider EnGenDER project. These processes will accelerate our progress towards gender-responsive planning in key sectors, specifically, agriculture, fisheries, water, education, health, resilient ecosystems, tourism, infrastructure and spatial planning and energy.

Saint Lucia is also one of four countries benefiting from the project, “Building Effective Resilience for Human Security in the Caribbean Countries: The Imperative of Gender Equality and Women’s Empowerment in a Strengthened Agricultural Sector” funded by the UN Trust Fund for Human Security and implemented by UNWomen and FAO. Through this programme, as we speak women agro-processors and women owners of micro and small enterprises are receiving business coaching and legal support. The knowledge and skills acquired through this process will assist women in formerly establishing businesses, negotiate pricing and the transferable skills acquired will help women build confidence for success in their businesses and personal lives. This project will also make financial and insurance products accessible to the most marginalized women and raise their chances of becoming economically independent.

All of these initiatives undertaken in the last three years, and others, catalyze the process of structural change that will get us closer and closer to realizing substantive equality. To ensure this happens, I have undertaken to strengthen the normative framework, through the development of a transformative National Gender Equality Policy and Strategy that boldly and unapologetically seeks to create a policy framework for creating substantively equal opportunities and status for women and men in Saint Lucia.

I am ushering an era of sharing the care– let us flatten the curve of care that forces workforce and child bearing aged women out of the job market or seek employment way below their capability, because their care role serves as a barrier to their advancement.

I am ushering an era of sharing the leadership – let us flatten the curve of leadership that forces women to stop at a certain level because the top is considered too dangerous, too tough or too demanding; not for the job-specific tasks, but for the social pressures of being there.

An equal era is possible – and we can achieve it together as partners.

Gone are the days when gender equality was a conversation that activists held among themselves before and after they came from emotionally draining marches and public meetings. Gender equality is an imperative for sustainable development – a conversation as mainstream as education, that happens around the highest decision making tables and in the darkest alleys.

My Government is prepared to walk the talk with the development of the Gender Equality Policy and Strategy that places gender on every agenda, through developed and implemented sector-specific gender action plans that are monitored and supported.

Happy International Women’s Day and God bless you all!