Are Popcaan and Jah Cure beefing? 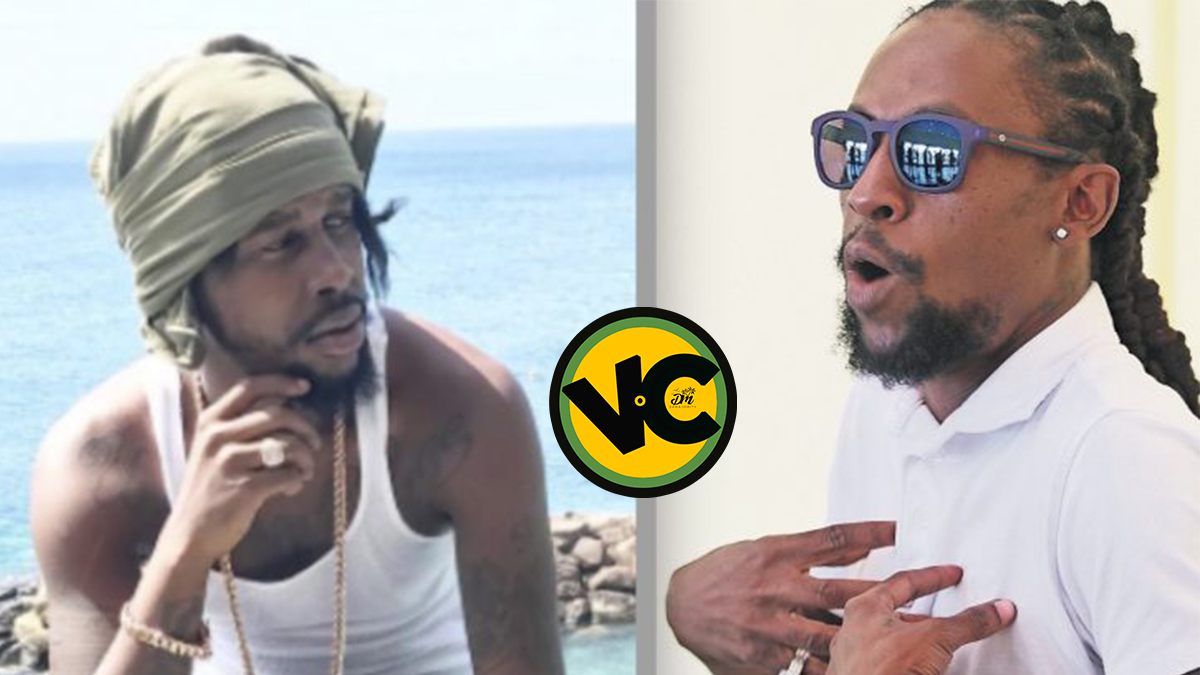 That’s the word currently circulating on the street, however, neither Cure nor the Unruly Boss has given any sort of indication via social media that there is any bad blood between them. The rumors have come from a source who somehow always has the credible inside scoop on the inner runnings of dancehall, Foota Hype. The veteran selector decided to share the info he received via his social media outlets. In a lengthy LIVE session, Hype explained that Cure and Popcaan got into it over a female.

As the story goes, there was a transactional link up with Jah Cure and an unnamed female at Cure’s premises. Sadly, there was a supposed breakdown in the arrangements, and the female requested to leave his townhouse. The request was said to have been denied by the reggae crooner, which then forced the female to call on another entertainer with whom she was familiar, who turned out to be Popcaan.

Depending on what version of the story you are being told, it is alleged that Popcaan tried to phone his musical brother however all his calls went unanswered. It is after numerous attempts that the St. Thomas native made his way to Cure’s residence. Other accounts of the controversial tale suggest that Popcaan sent his associate Zamunda to go and extract the female however, the “Unconditional Love” singer refused.

Popcaan then drove to the residence with his entourage and only gained access to the community after tailgating, according to Foota Hype. Upon the arrival of Popcaan, Cure pulled a machete, leading to another entertainer who was traveling with Popcaan to brandish a firearm. The final details of how it played out thereafter are not clear, but it is said that the female left with Popcaan.

The situation feels and sounds quite familiar to claims made against Jah Cure in 2020 when he was accused of holding two females hostage while demanding wild sexual pleasures. When those were not met, he threatened to kill the two females as well as asked for the money he had spent to get them to Jamaica. The Montego Bay native has also faced drama in the realms of the music industry. Earlier this year, American-based artiste Eazi Money shared that Jah Cure had taken payment for a collaboration however, never actually provided much as a line. The reveal was accompanied by several voice notes allegedly of Jah Cure hitting back at Eazi when requests for the verse were made.

As for the latest breakdown in friendship between Cure and Popcaan, only the artiste or strong members of their crews can properly attest to how it all went down.