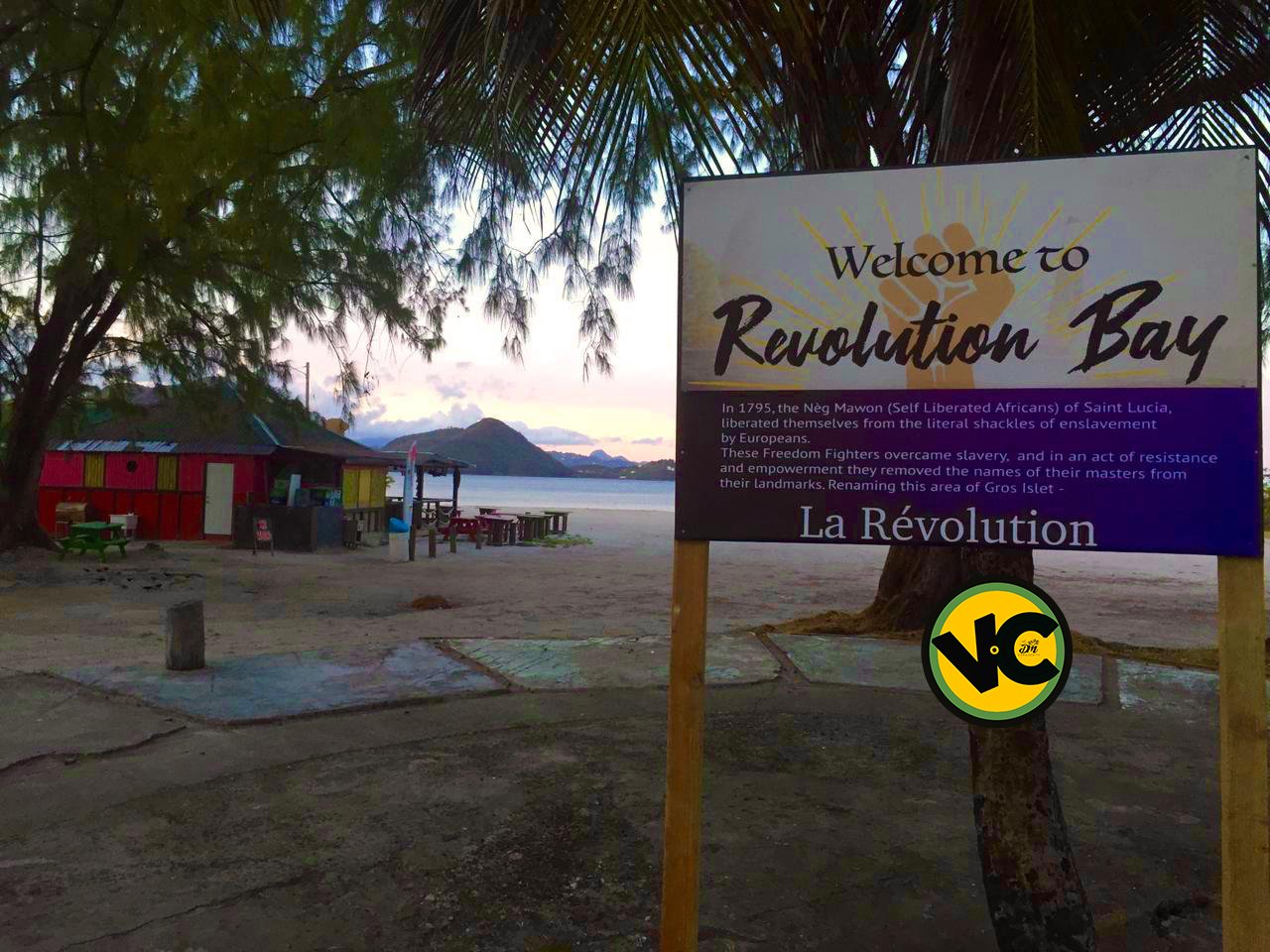 A sign was mounted at Pigeon Island with the title ‘Welcome To Revolution Bay’. The sign seems to come as a homage to the Nèg Mawon, a term used for the enslaved in Saint Lucia; who broke the chains of enslavement and freed themselves.

Whilst we speak of 7 times British 7 times French, most Saint Lucians are unaware of the Black Revolution that took place on the island – where the Nèg Mawon overthrew their white oppressors and took control of the country, renaming many areas in Saint Lucia in reflection of their liberty – including Gros Islet which they named La Revolution.

This sign may come as a response to the recent discoveries that Admiral Rodney – who the bay is named after, was instrumental in the fight AGAINST abolition in Saint Lucia and petitioned to pack slave ships with as many slaves as possible.

Do you think we should rename Rodney Bay?