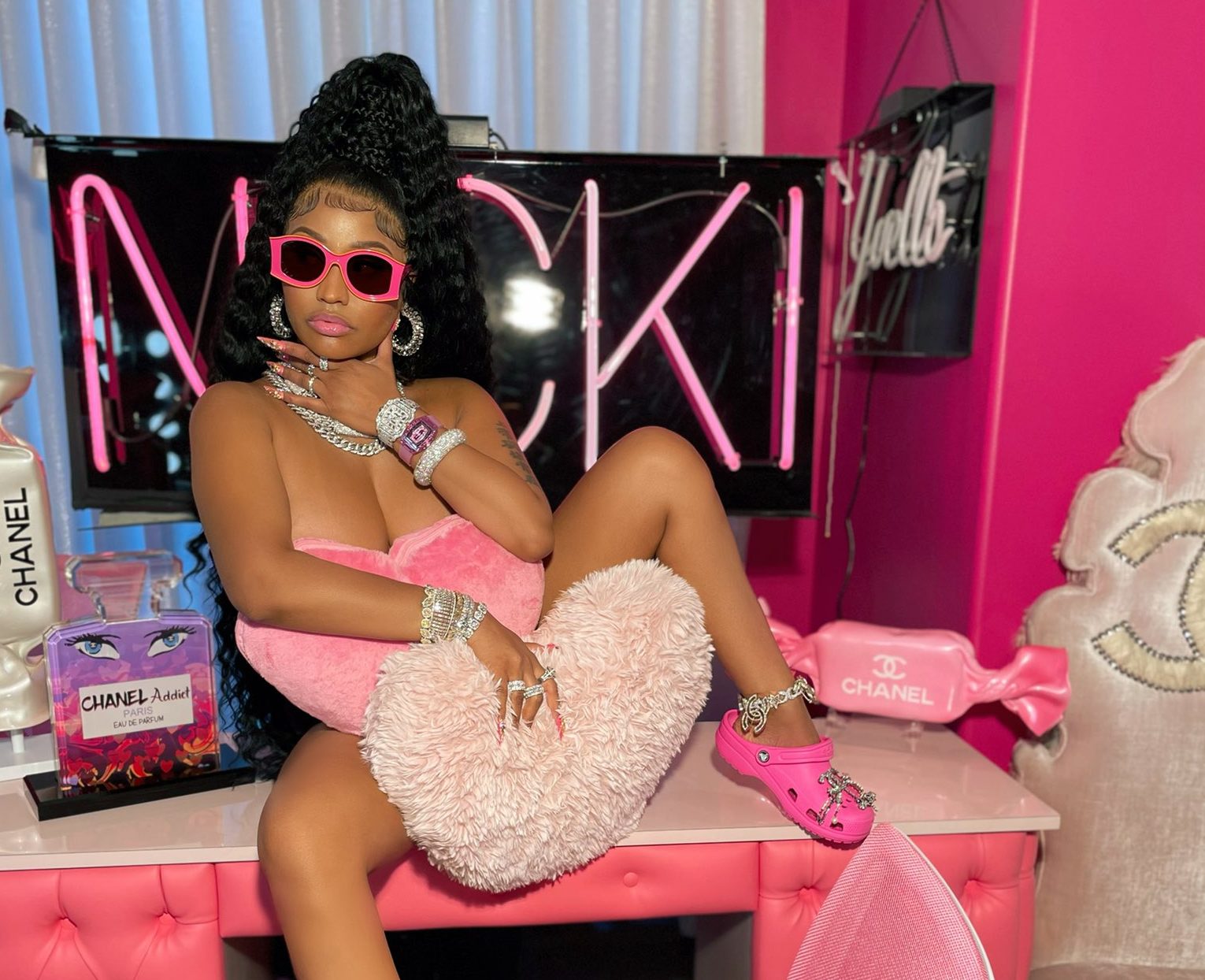 The Queen is coming.

A day after returning to social media, Nicki Minaj continues to build anticipation for her new music by dropping another teaser for fans. On Tuesday, Minaj shared a couple more photos of herself, this time perched on a rock while stunning in a body-hugging patterned dress with yellow heels.  In her caption, she appeared to quote lyrics from her upcoming single, possibly titled “Fractions.” She again teased a Friday release date, while the Barbz shared their excitement for the potential first offering from Minaj’s upcoming fifth studio album.

On Monday, Minaj ended her months-long hiatus from social media, posting a couple photos of herself in a pink room while wearing pink Crocs. The photos received over 4.5 million likes on Instagram, while demand for “Pink Crocs” spiked by 4,900 percent in a matter of hours, according to The Sole Supplier.