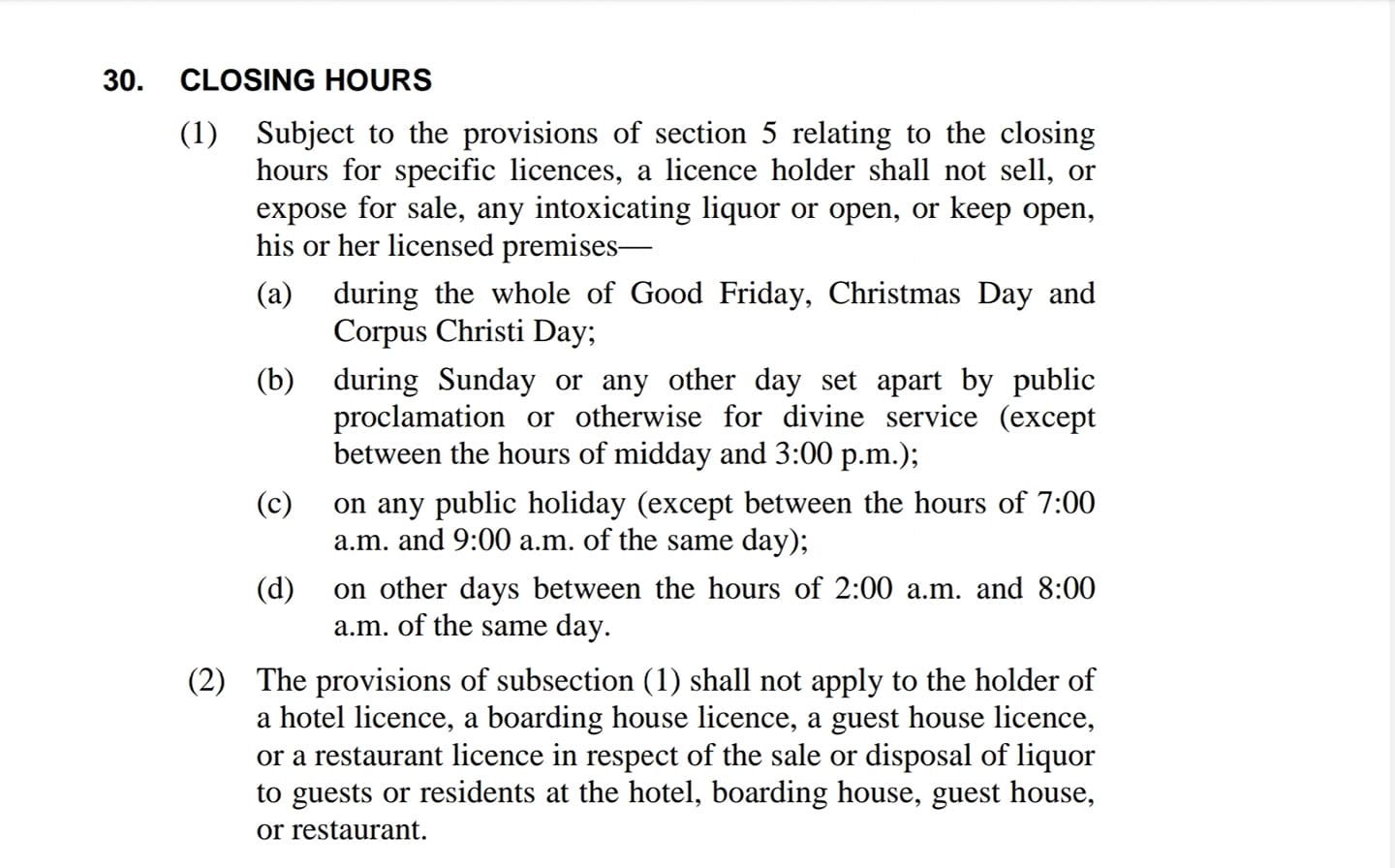 On Friday, April 02, 2021, about 4:30 p.m. police officers attached to the Vieux Fort Police Station responded to reports of various alleged infractions being committed by multiple proprietors of bars/ restaurants along Sandy Beach.

On arrival, officers had cause to approach the owner of one of the said establishments, who appeared to them to be engaging in sit-in dining, hosting of a social gathering and the sale of alcohol, an item the sale of which is strictly prohibited on Good Friday.

Section 30 (1) (a) the Liquor License Act Chapter 13.17 states: 30. CLOSING HOURS(1) Subject to the provisions of section 5 relating to the closing hours for specific licences, a license holder shall not sell, or expose for sale, any intoxicating liquor or open, or keep open, his or her licensed premises—(a) during the whole of Good Friday, Christmas Day and Corpus Christi Day;

Considering the establishment is also engaged in the restaurant business and the proprietor, not having the requisite Restaurant License displayed, officers made enquiries of the owner as to whether she possessed such a license.

She responded that she possessed a Liquor License but not a Restaurant License. Were she in possession of a Restaurant License, it would have been proper for her to continue serving her guests, on a takeaway basis, in accordance with the COVID-19 related protocols. With regard to her Liquor License, the proprietor indicated that whilst she was the holder of the same, this was neither at the premises nor on her person. Notwithstanding the clear breach of the conditions under which the Liquor License was granted to wit: “that it MUST be prominently displayed at the establishment”, the officers nonetheless allowed the proprietor a period of time, being, 8:30 a.m. on Saturday, April 03, 2021, to make it available to them at the Vieux Fort Police Station.

In light of the foregoing, the proprietor was ordered to shut down the premises. Additionally the patrons, who were themselves in breach of the COVID-19 protocols regarding social gatherings, were asked to disperse, to which they readily complied.The Royal Saint Lucia Police Force is aware of an edited video in circulation depicting parts of the incident. We reiterate that by the proprietor’s own admission, she has NO Restaurant License, which would have facilitated operations of that aspect of the business.

Further, and contrary to the terms and conditions of approval, there was no displayed Liquor License, which even if there were, the sale of alcohol would still have been prohibited, bearing in mind the day in question. The proprietor was also given the opportunity to produce the said Liquor License within a reasonable time, and up to the time of this release had failed to comply with the lawful directive of the police officers.

We also wish to state that a neighbouring establishment which also was in operation, immediately and fully complied with the officers lawful instructions to close the business. We wish to commend the officers for their conduct and for remaining calm in the face of some hostility. Despite attempts to provoke them, they performed professionally. Finally the Royal Saint Lucia Police Force urges citizens to continue to adhere to the laws, to follow the COVID 19 protocols and to remain safe!