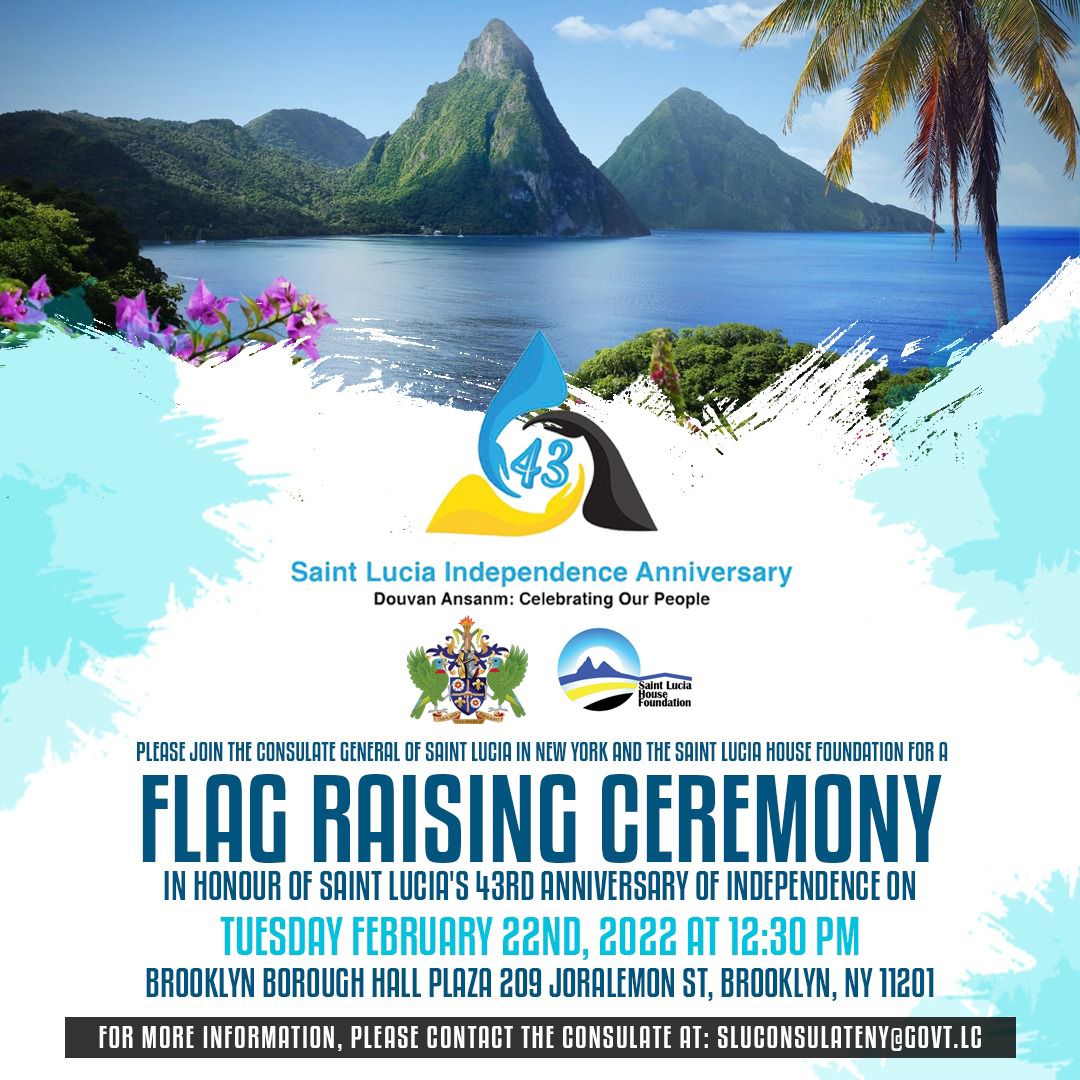 Included on the day’s program will be remarks by Brooklyn borough president, the Honorable Antonio Reynoso, along with his deputy, the Honorable Diana Richardson.

Several local elected officials representing the city and a number of foreign dignitaries will also be in attendance.

Independence 43 festivities in New York City will continue on Sunday, February 27, beginning at 8:30 AM, with a church service at Holy Cross Roman Catholic Church, 2530 Church Avenue, Brooklyn. The event is organized by the Saint Lucia House Foundation, in collaboration with the Consulate General of Saint Lucia in New York.

For more information, please contact the office of the Consulate General of Saint Lucia in New York, at 212.697.9360, or via e-mail at sluconsulateny@govt.lc.