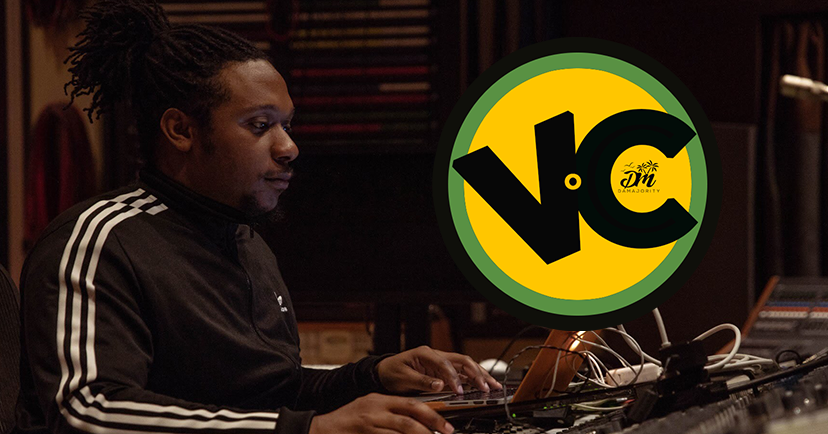 From the small St. Lucian fishing village of Anse-la-Raye to rubbing shoulders with the likes of Daniel Caesar, Jessie Reyez, Canadian rapper Kardinal Offishall, American hip hop artiste Joyner Lucas, the Bay Area queen Kehlani, r&b singer/songwriter Babyface, and being a signee and close friend of hit music producer Boi-1da, it seems Yogi – The Producer is finally reaping the fruits of his labor. The journey has been bittersweet for Yogi, who has been made to endure the death of his mom nearly a decade ago. Nonetheless, he has used his pitfalls to mold himself into a better producer and husband to his wife, singer Savannah Ré, who is of Jamaican descent. In between working on music and moving a couch, the St. Lucian native who currently resides in Toronto Canada spared a bit of time to give us an exclusive insight into his life, his music, and who makes him tick.

Yogi’s journey in music started when he began piano lessons at a very young age. It was his mom, the late Petronilla Deterville, who helped to forge the love for music already found in his DNA to a formal spectrum. That would later be enhanced when Yogi got interested in music production during his early teenage years. No wonder he currently lists, his family members as some of his biggest inspirations.

“My wife, my brothers, my dad, my mom especially. She was the main reason I got into music and kept me in it even though I didn’t want to be in music classes sometimes and now I’m really seeing the worth,” he explained. Her influence was not only filtered to her kids but also to other members of her community.

“She definitely inspired a whole lot of people. If I could have even half of the impact she has on people’s lives I will be a very happy man,” Yogi explained.

The family’s musical talents were not only handed down to Yogi but also to his older brother, Nathan Deterville, who raps and writes under the moniker Infinate. The producer who worked with Kehlani on her It Was Good Until It Wasn’t LP released in 2020, remembers his humble beginnings from his their bedroom studio, which was nothing more than a cheap computer and a computer microphone. Yogi is currently constructing a fully functional studio in his basement.

“Once I realized Nate loved writing and music and wanted to get into it, it was obviously a natural decision for me to work closely with him and work on stuff. Even when I traveled for school I would still send him stuff and you know we continue to work. Nate is insanely talented, an amazing writer, very poetic, and he is somebody who inspires me a lot.”

We asked the brilliant producer who he has had a chance to work with so far from his hometown. He responded, “I’ve worked with Michael Robinson, Smallz, Kayo, Nicole David, Private Six and Ila man.

The producer went to the Edna Manley College of Visual and Performing Arts located in Jamaica back in 2010 and majored in Jazz and Popular Music Performance. This became a groundbreaking move for the youngster who would connect with the likes of Romain Virgo, who had recently won the island’s Digicel Rising Stars Competition prior. That connection led to an encounter with others such as Vybz Kartel. While a chance to work with the reigning king Of The Dancehall fell through, Yogi was still able to mark his place in dancehall history when his face made it into a music video for Vybz Kartel and Gaza Slim. From his catalog, it’s easy to see that his main focus is hip hop and r&b. However, his time in Jamaica as the resident campus engineer certainly aided in crafting sounds which he now infuses into his productions alongside Boi-1da.

The two officially met through his wife Savannah Ré, even though Yogi had a backstage encounter with him some years prior. As Yogi explains it, it was all a matter of fate.

“I met her at a recording studio where I worked at and I was just engineering for her,” he explained that their relationship flourished after they started to work on material together, him in the capacity as a producer. “She was riding two beats that 1da was sending in, mind you, she herself didn’t even meet him at that point, he was just sending beats for her to work on. As her relationship with him grew I got introduced as someone she works with and through networking we got to the point where we finally met in person and it was just a great vibe and great connection.”

He continued, “This is exactly what I imagined and dreamed of even when I was in St. Lucia before I even knew what existed outside of that. Being on the internet downloading his drumkit, to now being signed to him. Calling 1da a friend, it’s surreal most of the times.”

For now, he has been working alongside 1da on some major projects such as the soundtrack for Marvel’s Spider-Man: Miles Morales, which recently won at British Academy Film Awards [BAFTA].
“It was an amazing feeling…I think we worked on it for like a year before it dropped. I had to keep it a secret for so long,” he chuckled. “It was absolutely worth it, it was a lot of work. Hours upon hours of just editing and revisions; but it was insane.” The chance to work on it came through 1da’s imprint, which is a subsidiary of Sony who creates the Spider-Man games.

While a Drake collab has not yet been secured, it is something that Yogi has in mind. He also would love to hit the studios with the likes of Rihanna, Beyonce’, SZA, and Normani.

We wanted to know what’s next for the young engineer/producer, who seems to have the musical world at his feet.

“I think for me it’s just to continue to make the best music that I can. I definitely want to someday be nominated or win a grammy, that would be an extra kick to it,” he said. “I also want to continue to encourage young St. Lucians to dream big and anything is possible if you set your mind to it and hopefully I could someday come back home and build some sort of audio engineering school of some sorts. Those are a few of my goals to give back to the community.”

“I’ve been working hard behind the scenes and hopefully this year some of the stuff will come out and we will all see how it goes from there,” he concluded.