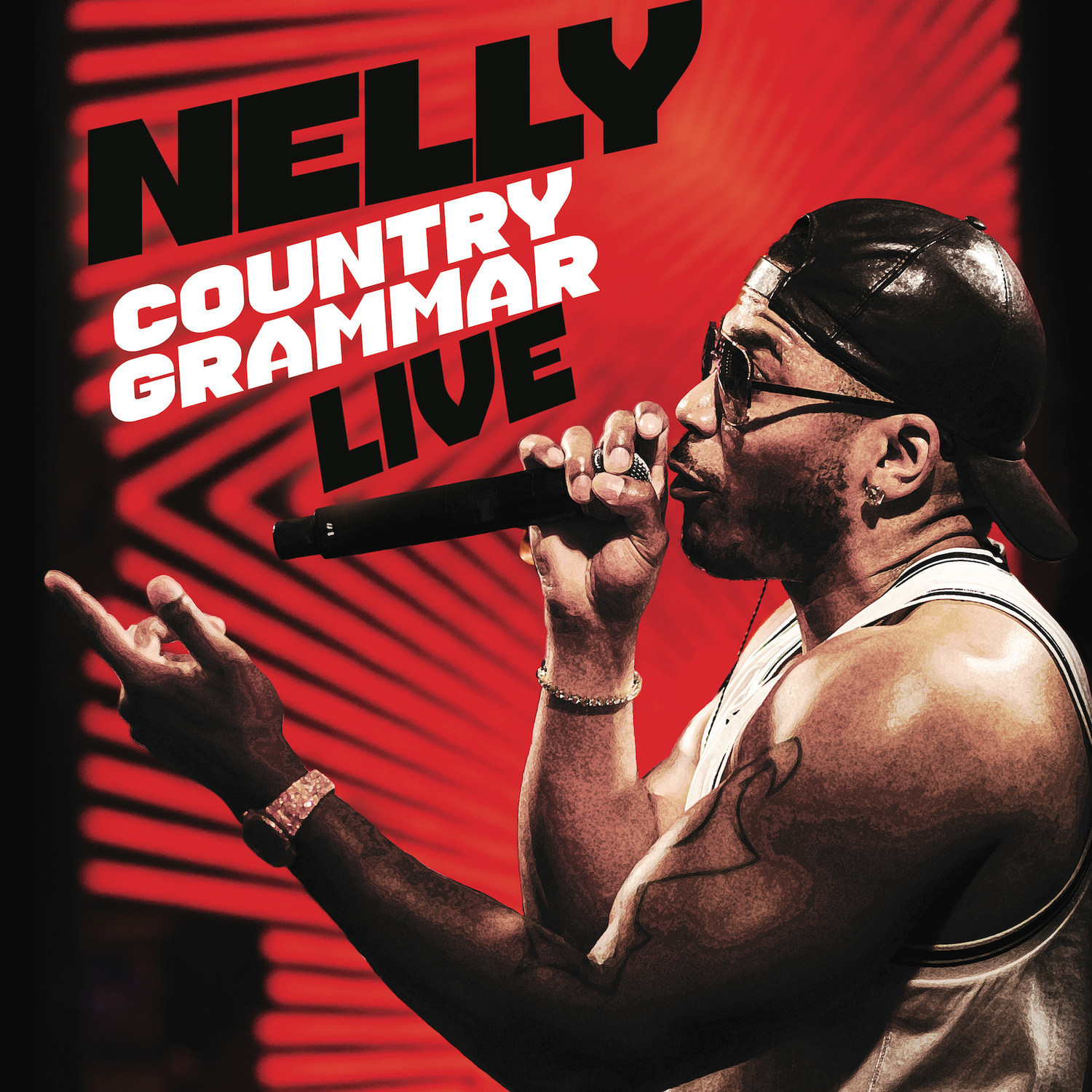 Available as digital downloads and through streaming services

LOS ANGELES, Feb. 19, 2021 — Today, Nelly dropped his new digital releaseCountry Grammar Live (Republic/UMe) which was recorded live at the MelodyVR “Live From LA” studio last July in celebration of the 20th anniversary of Country Grammar. This is Nelly’s first live release and features a live band which gives the album reinterpretation a distinct rock vibe, making Nelly a truly genre bending artist who has released a Country, Rap, R&B, and now a rock leaning album. Country Grammar Live is available to download and stream HERE.

Recorded as part of MelodyVR’s ongoing Live From LA series which was originally broadcast through the MelodyVR app for a limited time, the Hip-Hop icon took fans back to the summer of 2000 with this special performance which included mega hits such as “Ride With Me” and “E.I.”

February 19 also sees the premiere of the 20th anniversary mini-documentary Country Grammar – The Documentary (20th Anniversary), streaming now on Nelly’s official YouTube channel. The mini-documentary features animated clips, new and old LIVE performance footage, and sees Nelly telling his story of the early beginnings as an artist with a unique style and sound, the creation of his Diamond-selling classic, Country Grammar, and how he put St. Louis on the hip-hop map. Country Grammar – The Documentary (20th Anniversary) can now be viewed HERE.

Country Grammar debuted at No. 3 on the Top 200 and soon vaulted to No. 1. In 2016, the RIAA certified the album Diamond, selling more than 10 million copies to date, a feat which placed Nelly in the pantheon of rock superstars such as Led Zeppelin, the Doors and Bruce Springsteen. Country Grammar was also nominated for Best Rap Album at the 2000 Grammy Awards® (along with its title track for Best Rap Solo Performance) and Nelly was crowned Best New Artist at the 2001 BET Awards.

About Nelly
Born Cornell Iral Haynes Jr. in Austin, Texas, the rapper showed early promise, forming The St. Lunatics in 1993 with his childhood friends, MCs “Ali” Jones, Torhi “Murphy Lee” Harper, Lavell “City Spud” Webb, and Robert “Kyjuan” Cleveland. After Jay E workshopped the music with Nelly, they shopped for labels in New York and the rapper was signed to Universal Records in 1999. The pair drew deeply from the sounds that surrounded them in the Midwest — urban, country, hip-hop — and fused them into a fresh, infectious, unforgettably hooky whole.